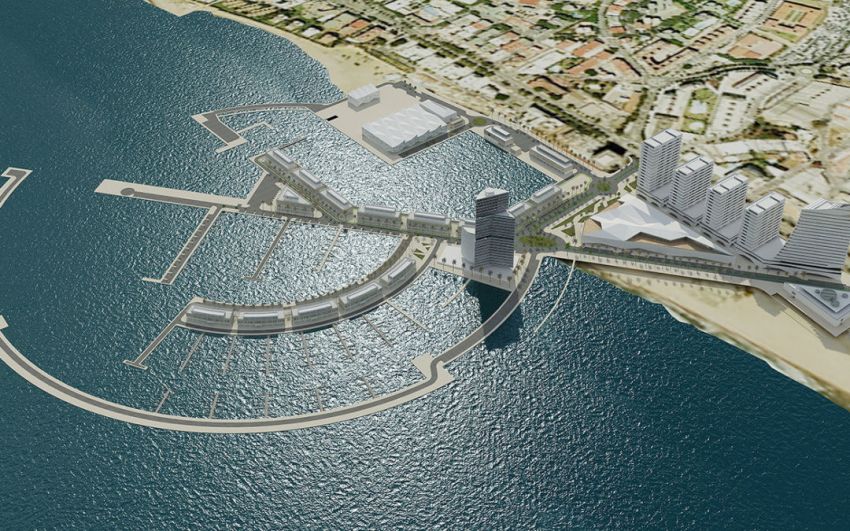 It has long been an ambition of the tourist and business community in Marbella to see the resort become a venue for cruise liners. The plan centers on the enlargement of the Marina-La Bajadilla port but that has been on hold for more than eight years. However the lucrative cruise ship business could now be on the horizon. The Qatari Sheikh, Abdullah Bin Nasser Al-Thani, actual owner of the Málaga’s La Rosaleda Football Stadium and the Football club FC Málaga, seems to be the key figure behind this amazing project. Over 650 moorings and hotels of the calibre of Dubai’s Burj-Al-Arab will be part in this mind blowing project.

The mayor of Marbella, Ángeles Muñoz, met in Madrid with the director general of the coastal authority, Alicia Paz. After the meeting Ángeles Muñoz said: “This is great news for our municipality, we have waited many years for the project that not only permits us to enlarge the number of yacht moorings but also to cater for cruises – and it will be a major economic investment.”

The plans were approved in November 2010 and will allow vessels of 60 metres – medium sized cruise ships – to visit the port. There will also be 650 yacht moorings and in the second phase this could be increased to 1,000. This in turn will allow the Andalucía Department of Public Works to put out to tender the 52 million-euro project which is scheduled to be completed in few years!

UPDATE 2018: It has  been announced that Al-Thani has lost the contract to redevelop the marina at Puerto de la Bajadilla. This follows many years of delays and excuses and the town hall have finally run out of patience with the Sheikh. However, it has also been revealed that the town hall are still planning to go ahead with the redevelopment and are planning to once again put the plans out to tender. We keep you updated!